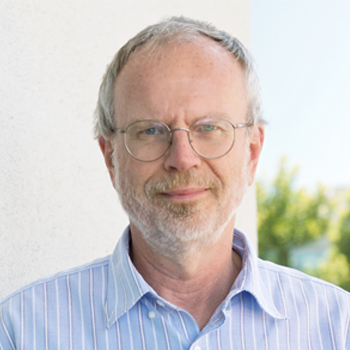 Dr. Roel Nusse is the Virginia and Daniel K. Ludwig Professor of Cancer Research and a Professor of Developmental Biology at Stanford University School of Medicine, the Chair of the Department of Developmental Biology at Stanford University, a program director of Stanford’s Cancer Stem Cell Research Program and a member of Stanford’s Institute for Stem Cell Biology and Regenerative Medicine. The Nusse Laboratory at Stanford studies the function of Wnt signaling molecules during the proliferation and differentiation of stem cells, with an aim toward understanding the regulation of growth, development and integrity of a wide variety of animal tissues. Dr. Nusse discovered the first Wnt gene (Wnt1) in 1982 as a postdoctoral fellow in the laboratory of Harold Varmus at University of California, San Francisco. His work led to the establishment of the Wnt signaling field, which is now one of the key biological pathways in organism development, stem cell maintenance, and tissue repair. Following his postdoctoral training, Dr. Nusse joined the Netherlands Cancer Institute and carried out much of the foundational work on Wnt signaling in fruit flies. He joined the Developmental Biology department at Stanford University and the Howard Hughes Medical Institute in 1990. Dr. Nusse holds a Ph.D. and B.S. from the University of Amsterdam. Dr. Nusse is a member of the U.S. National Academy of Sciences, the American Academy of Arts and Sciences, the European Molecular Biology Organization, and the Royal Dutch Academy of Sciences. He has received numerous awards including the Peter Debeye Prize from the University of Maastricht, a Fulbright Scholarship, and most recently the 2017 Breakthrough Prize in Life Sciences.