The Wnt pathway plays a critical role in tissue maintenance, repair and regeneration

“Interesting experimental results about Wnt genes and their effects on cells and organisms continue to appear at an accelerating pace.”

Reproduced with permission from the Annual Review of Pathology: Mechanisms of Disease, Volume 13© 2018 by Annual Reviews, http://www.annualreviews.org

Beginning with the discovery of the first mammalian Wnt gene in the early 1980’s, researchers have come to understand that Wnt signaling has an essential role in regulating many biological processes, including stem cell function, tissue homeostasis, and injury repair in adults.

Wnt proteins bind to receptors of the Frizzled and LRP families on the cell surface, initiating a signal that is then relayed through several cytoplasmic proteins to stabilize the transcription factor, β-catenin. Accumulation and nuclear localization of β-catenin leads to the activation of Wnt target genes, contributing to key biological changes that impact cell proliferation and maintenance of stem cell potency in a variety of tissue-specific contexts. In humans, there are 19 Wnt ligands targeting 10 Frizzled receptors and a variety of additional co-receptors.

One characteristic of Wnts is that they are highly hydrophobic, which literally means “the fear of water”, making them difficult to express, solubilize, and purify. Due to the conserved interaction sites between Wnts and Frizzled receptors, Wnts are also highly promiscuous in their interactions with the many types of Frizzled receptors (FZD1-10) and low-density lipoprotein receptor-related proteins (LRP5, LRP6), such that with each Wnt is able to activate multiple Frizzled and LRP pairs.

R-spondins are a family of ligands that amplify Wnt signaling through a receptor complex containing the Zinc and Ring Finger 3 and Ring Finger Protein 43 (ZNRF3/RNF43) proteins and the coreceptor Leucine-rich repeat-containing G-protein coupled receptors 4-6 (LGR4-6). ZNRF3 and RNF43 are membrane-bound E3 ligases that target Frizzled receptors for degradation. Binding of R-spondins to ZNRF3/RNF43 and LGR4-6 causes clearance or sequestration of this complex, stabilizing Frizzled receptors and amplifying Wnt signaling.

Wnt signaling plays a central role in tissue regeneration and, we believe that it also holds promise for the treatment of diseases where tissue regeneration could provide benefit. But while several factors have made Wnt proteins intractable as drug [targets/candidates], the discovery of Wnt Signal Activators and Wnt Signal Enhancers renders the Wnt pathway accessible to drug discovery and development. 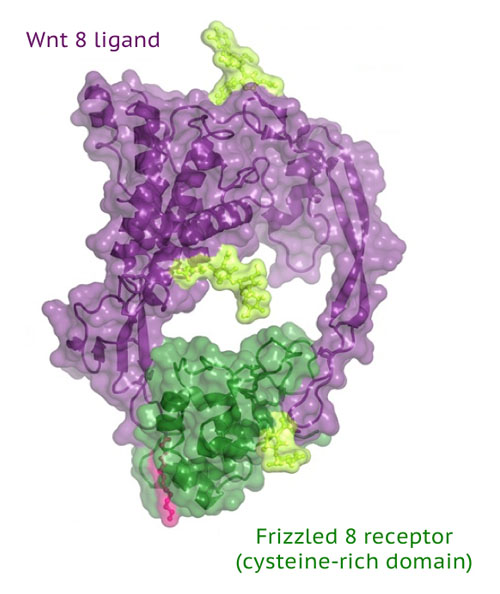 Wnt-responsive cell types are found in tissue throughout the body; liver, intestine, lung, bone and retina to name a few. These cell types support tissue-specific maintenance and repair – especially due to disease or injury. 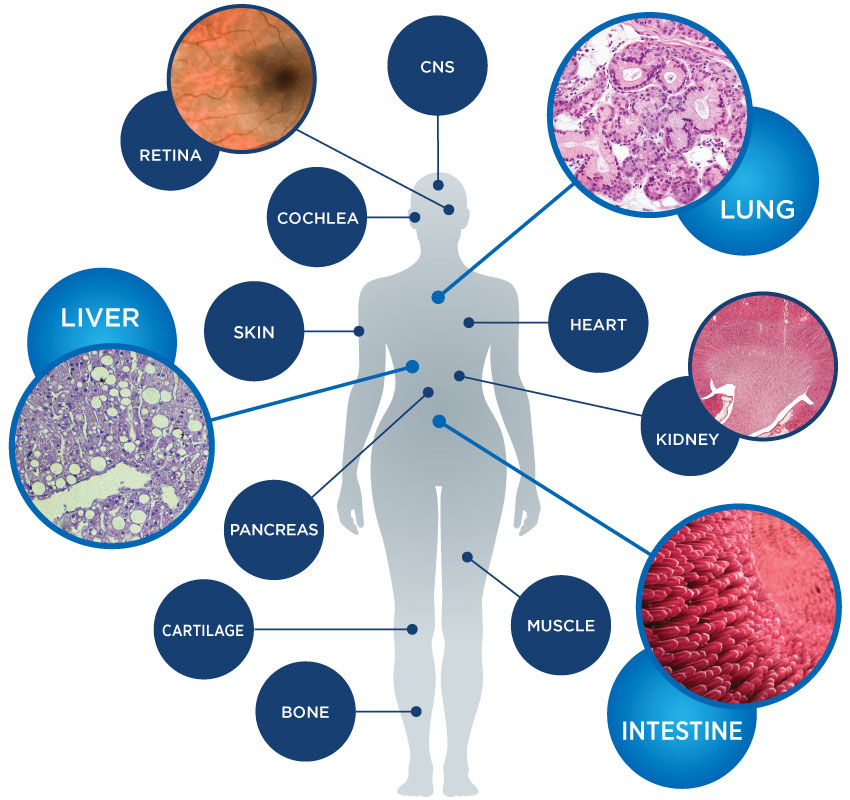 By developing uniquely-engineered antibodies that selectively modulate the Wnt pathway, and identifying disease states responsive to Wnt modulation, we hope to build a broad pipeline of tissue-specific antibodies to repair a broad range of tissues and organs damaged by serious disease.