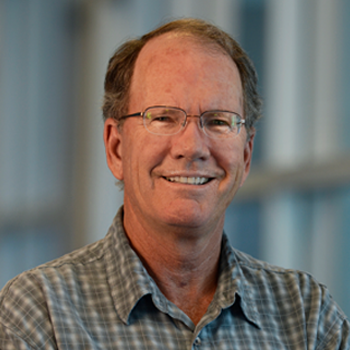 Dr. David Goeddel is a Managing Partner at The Column Group. He also serves as Chairman of NGM Biopharmaceuticals and is on the Board of Directors for Neurona Therapeutics. Dr. Goeddel was the first scientist hired by Genentech and from 1978 to 1993 served in various positions, including Staff Scientist, Director of Molecular Biology and Genentech Fellow. His pioneering work in the fields of gene cloning and expression of human proteins was the basis for five marketed therapeutics developed by Genentech, including human insulin, human growth hormone, interferon-alpha, interferon-gamma, and tissue plasminogen activator. Dr. Goeddel co-founded Tularik in 1991 and was Vice President of Research until 1996 and CEO from 1996 until 2004, when Tularik was acquired by Amgen. Dr. Goeddel holds a Ph.D. in Biochemistry from University of Colorado and a B.A. in Chemistry from UCSD. He has received numerous scientific awards including the Scheele Medal, the Eli Lilly Award in Biological Chemistry, the Inventor of the Year Award, the Jacob Heskel Gabbay Award, the Howley Prize for Arthritis Research and the Warren Alpert Foundation Prize. He is a member of the National Academy of Sciences and the American Academy of Arts and Sciences.